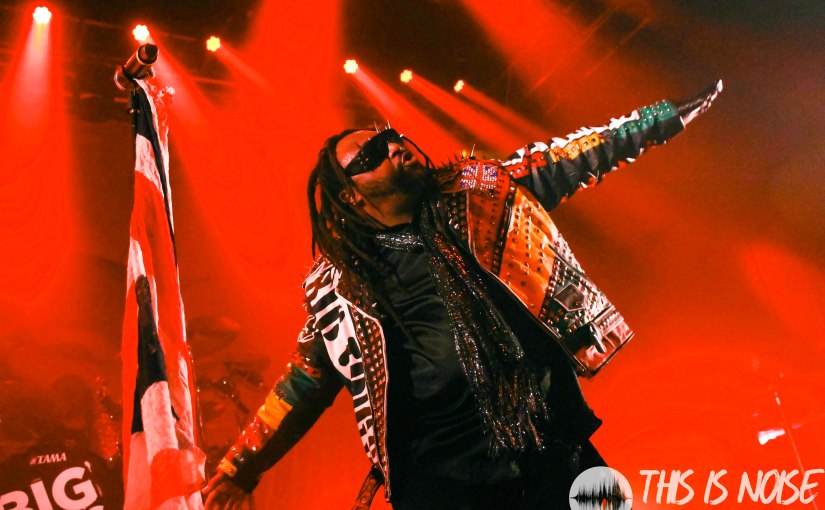 The Newport Helicopter flew into town last night as ragga-metallers Skindred kicked of their latest tour at The LCR bringing Toronto natives Danko Jones and nu-metal legends CKY as support. 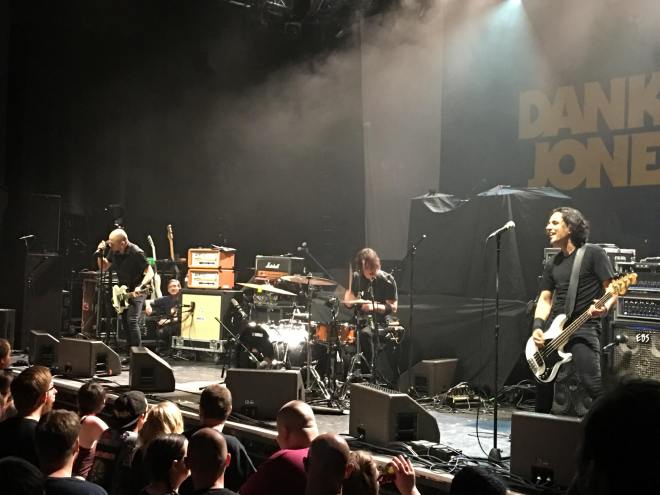 Danko Jones hit the stage first as crowds of people were still streaming in, bringing their hard rock style to the LCR. Their set was heavy and flowed well from song to song, which is to be expected from a band that has been together now since 1996. They showed their experience roaming the limited space they had on the stage and making sure to get the audience as involved as they could from their early performance.

Lead singer Danko has natural charisma on the mic when talking in between songs, introducing them and showing who they were as well as getting the crowd to cheer for the bands following them. They were appreciative for everyone that turned out and for having ‘eyes on the stage’ rather then on their phones and to experience what it was like to be in Skindred, Danko made everyone to scream for Skindred whilst he closed his eyes and pretended to be for him.

All together it was a pretty seamless set, with enough hard rock riffs and scintillating guitar solos to keep the audiences attention and warm up nicely for CKY and Skindred to follow on, it’s never an easy slot to fill being the first band on but they done a suitable enough job. 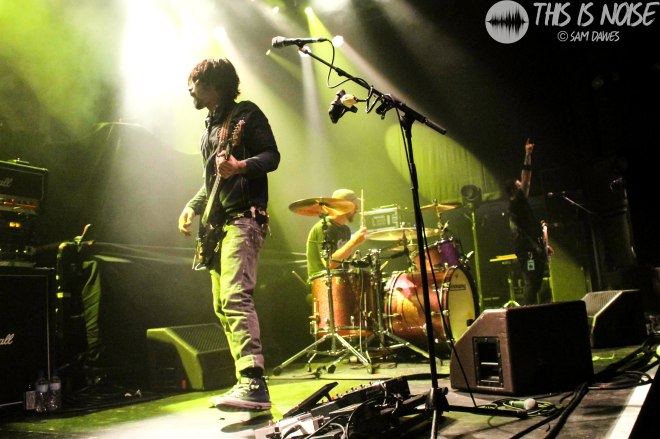 Following on from Danko Jones was skate punk’s CKY, as they were taking to the stage ‘CKY’ chants played over the speakers which prompted the crowd to follow suit, with plenty of CKY merch being worn around the venue, you can tell that they still have quite the following even though it has been some years since playing in Norwich.

Lead singer Chad I Ginsburg was in high spirits with his guitar blasting over the speakers he took every opportunity to urge the crowd to shout and cheer in between playing whilst constantly messing with his amps and effects creating all kinds of experimental sounds which make CKY more unique with their blend of styles.

They played out some new songs such as ‘Replaceable’ and ‘Head for a Breakdown’ which are off their latest album ‘The Phoenix’ which were well received, again showing off their experimental style with their sounds. With three songs left in the set, lead singer Chad took to the mic saying ‘Not all of you may know who CKY are, but most of you have heard one of our songs’ and then proceeded to sing some of the riff from their biggest song ’96 Quite Bitter Beings’ as fans began chanting ‘CKY’ the band ripped into Bitter Beings leading to a mosh pit soon opening in front of the stage. 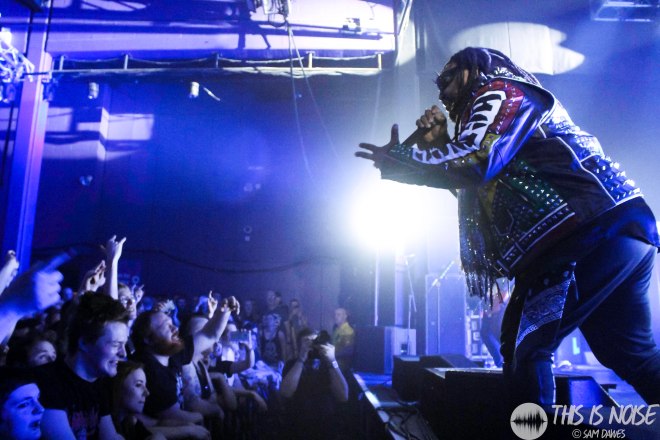 After CKY set had finished and the stage was set, it was time for Skindred. Just before the band appeared however they first played out AC/DC’s ‘Thunderstruck’ accompanying it with their bright stage lighting perfectly in time with song. Once ‘Thunderstruck’ had ended ‘The Imperial March’ played out which turned into a remixed version as the band finally appeared on the stage, lead singer Benji Webbe appeared last after seeing him already dancing to their entrance music at the side, the crowd erupted as the loudly dressed front man made an appearance.

The band soon launched into their latest single ‘Big Tings’ and ‘Stand for Something’ with Benji dancing and strutting all over the stage whilst also displaying and playing with the Union Jack he so proudly has attached to his mic stand. The whole set and band were so tight, it is easy to see why they are regarded as one of the best live bands around.

Going through their set there are just so many highlights it’s hard to get it all down, they acknowledged all fans from the die hard to the more casual by mixing in the odd song from their first album ‘Babylon’ with ‘Pressure’ in particular being a highlight as in between they slipped into casually playing ‘Back in Black’ from AC/DC to then going straight back into ‘Pressure’ which before the song rang out, Webbe announced that they know people still love their older stuff.

Benji Webbe was easily the highlight of the night and he sets a bar for front men that not many others can reach. He controlled the crowd expertly, from getting them to sing whole heartedly whilst making it sound part of the song to getting them to dance and clap perfectly in sync. He put on a masterclass for what it is to be frontman of a rock band and it is such a joy to watch. If you get the chance to catch them on their ‘Start the Machine’ tour or any other after this one, definitely do, you won’t regret it!

One thought on “LIVE REVIEW: Skindred + CKY + Danko Jones at The LCR”