Well I think we are over due a bit of sun, although the weather is determined to make us wait a little longer for a bit of warmth, Jeremy Loops with his second album feels like it’s trying to bring the sun of South Africa through your headphones.

Now if you are uninitiated with Jeremy Loops, he is one of the hottest singer, songwriters in South Africa at the minute, his previous album ‘Trading Changes’ debuted at number one in the S.A iTunes charts and since the release has headlined tours around the United States and the world as well as supported Twenty One Pilots.

It was quite the wait between ‘Trading Changes’ which was originally released in 2014 in South Africa and Europe having to wait until 2016 to get the release but his follow up ‘Critical as Water’ has finally arrived, a tough challenge to follow what an almost perfect debut album, ‘Critical as Water’ is socially conscious and shows the development of Mr Loops through his time between albums.

The album flows nicely from the uplifting, chilled out vibes like ‘Thieves’, ‘Flash Floods’ and ‘Runaway Kids’ in particular, although there are plenty more which will just make you wish you could be relaxing on a stunning beach in Cape Town; the album seemlessly incorporates the slower, more thoughtful aspects like ‘Vultures’, ‘Underwater Blues’ and ‘Hues of the Fall’ which just displays how talented this guy is.

This album feels like a refined follow up to ‘Trading Changes’ with a list of 13 songs which to me, all deserve their place on this album, I am normally more in favour of the shorter, refined albums that show the very best, but this is one which stands at 44 minutes of acoustic brilliance.

Noise Rating: 5/5 – Check out ‘Freak’, ‘Runaway Kids’ and ‘The Shore’ which features the returning Motheo Moleko who is brilliant once again.

Check the album out here:

Jeremy Loops will be soon be embarking on a world tour, playing 4 shows over here in the UK in London, Manchester, Edinburgh and Dublin, you can see the full tour poster below:

Let’s face it, when it comes to Slipknot there is always that apprehension of ‘Will they? Won’t they?’ sort of vibe on if they will do one more album. According to Corey Taylor  though, 2019 will be the year the ‘Knot heads into the studio.

In an interview with Musik Universe, Corey opens up about the foreseeable future of Slipknot and that he is currently penning lyrics to three songs whilst on tour with Stone Sour.

The vocalist had this to say about the new songs the band has been sending him “It’s awesome, it’s everything i want it to be” he also adds “I’ve been sent about six songs now and they are really, really good and just in that demo form”

“I’m actually writing lyrics for three of them as we speak, and it’s dark, it’s really dark and it’s probably the most autobiographical I have been in years, just for the fact that I’ve been through a lot the past few years, and I’ve been sitting on a lot, so i’m writing from a stand point of where I am now, instead of where I was” he continues “Now, i’m writing it from the stand point of a man who has been through a lot, not just a young man but an older man and try to figure things out“.

He goes on to confirm that the plan for the follow up to .5: The Gray Chapter is on it’s way “Next year, absolutely next year, sometime in that year (2019) we will definitely be finish writing it, record it and be ready to go on the road“. Get ready to get your pre-orders in then!

In the same interview Corey also offers his thoughts on Shawn Crahan aka Clown potentially calling it a day after the next album.

“We all kind of say that, I’ve said it in the past, it’s been something we’ve always said, not in a negative way, when we get to the point when we physically can’d do Slipknot the way we want to do it, we’ll stop and for some of us, the years of being in Slipknot has taken it’s toll“. Unsurprising when you look at some of their past live performances, especially the earlier you go, the more insane the on stage antics get.

“If that was his (Clown’s) decision, I wouldn’t do Slipknot without him, absolutely not, for me, it’s been tough to continue the way we have, we’ve done it out of necessity, without Clown there is a certain mentality that goes in to Slipknot, and he started it, he’s always been the vision for this band, and without that it crumbles“.

You can watch the full interview here: 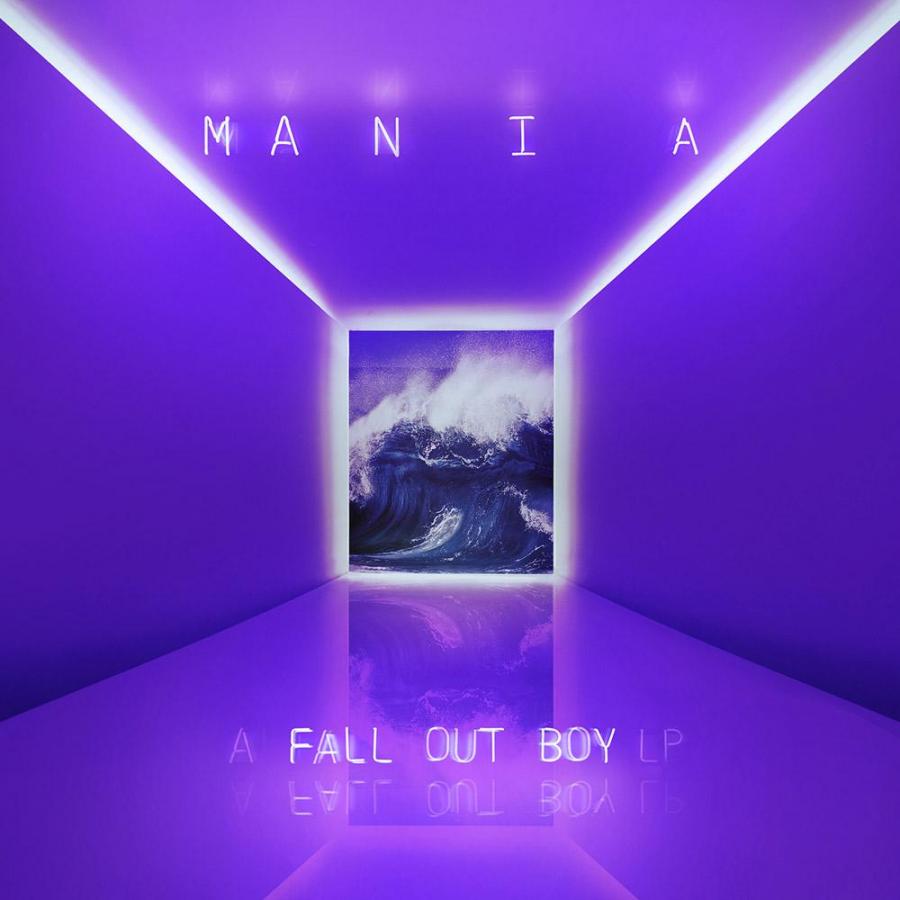 Straight off the bat I want to say I dislike this album from the Chicago foursome. 17 years since forming,  ‘Mania’ is worlds away from the smart pop-punk of 2003 debut ‘Take This To Your Grave’ or the rousing emo of 2005’s ‘From Under The Cork Tree’.

The seventh studio album by the quartet was originally scheduled for a release on September 15, 2017, worldwide. However, on August 3, 2017, Patrick Stump announced that the record would be pushed back until January 19, 2018 and was it worth the wait? Mhmmm no quite………

So it’s no surprise that one-time pop-punk band Fall Out Boy is now just a pop band. They’ve really and truly dropped all but a few vestiges of a guitar-based sound for “Mania”.

The album starts off with the most EDM influenced song, “Young and Menace.” It referenced Britney Spears’s Oops! … I Did It Again……..

‘Champion’, which is co-written by Sia is another one of those ‘mediocre smashes’ – It is more listenable than ‘Young and Menace’, but it’s the lowest form of production line self-empowerment jock rock.

‘Sunshine Riptide’ was FOB attempt at a reggae song……all I can say is that I really disliked this song the most from the 10 song album.

The only track that I didn’t mind on “MANIA” might be its last — “Bishops Knife Trick,” a pretty, lush, mid-tempo ballad that’s as close to adult-contemporary as they’ve ever come, but also surprisingly confessional.

They’re back and seem to be reinventing themselves.

Asking Alexandria have announced details of their next album, which will be the first one with Danny Worsnop back in the band and so far, it’s sounding pretty good.

Their fifth album will be self titled, marking a new version of themselves to what we used to know and the evolution from the Stand Up and Scream days. Their self titled album, which has been produced by From First to Last’s Matt Good, will be released December 15th.

They go on to say that the album ‘is the most exciting they have made in their careers‘ and that it was the fans ‘unwavering love and support‘ that made the album happen.

They have also released a new single which will feature on the new album ‘Where Did It Go?’ which the whole band have been teasing on social media for the past couple of days, which can be heard below:

Sounding like it will be a bit of a banger

Waterparks have announced their new album ‘Entertainment’ will be out on 26th of January and will be released via Easy Life Records.

The band have also teamed up with Benji Madden from Good Charlotte to produce the album!

This will be one you definitely want to pre-order for the collection!

With the sheer amount of songs he has written, coming up with a tracklist must of been hard!

Frank Turner has announced the release of a new album ‘Songbook’ which is to be a celebration of his favourite recorded tracks as well as reworks of those songs to feature with the album.

The announcement of this best-of album has also been accompanied with a brand new song ‘There She Is’ which can be listened to below:

Being released digitally, CD and 3x vinyl LP as well as being released as a box set that will also feature his DVD from the Get Better tour.

Going to definitely be one to add to the collection for any Frank Turner fan out there.

The dispute has been going on for about a year now between FFDP and their label Prospect Park after claims from the label that the band “shamelessly attempting to cash in before the anticipated downfall of their addicted bandmate.”

Now finally that the case is settled, FFDP plan to come flying back by releasing a greatest hits record with two new songs in December as well as plans to release a new album in Spring 2018

FFDP are set to play 4 shows in the UK in December as well, playing alongside In Flames and Of Mice & Men. That is one hell of a line up!

Right…Where to begin? So Tonight Alive have announced: a new album, a new tour, released a new single and also confirmed guitarist Whakaio Taahi’s departure, all in the last 48 hours on their social media pages.

So let’s start from the beginning of their volley of posts. They released new single ‘Temple’ on Sunday on the Radio 1 Rock Show with Daniel P Carter. Which is always a good way to get fans paying attention.

The announcement of their latest album was next to be announced, being called ‘Underworld’ and is set to be released on January 12th. New single ‘Temple’ will also feature on their new album as well as releasing the new video for their latest single.

Next up announcement typically would be a tour to support this new album, with most bands you would be correct, but next was the departure of Whakaio from the band. Claiming to want to step back from the touring side of making music and pursue his own career in songwriting and producing, which we here at This Is Noise can only wish the very best of luck in the future for.

The official statement released by the band can be seen below

But to finish the series of announcements on a high, the band released a headline European tour being accompanied by ‘With Confidence’ and ‘The Gospel Youth’ which will take place in March 2018 with six dates in the UK featuring: London, Manchester, Nottingham and Leeds among other locations on this tour

Tour poster can be seen below:

Theory of a Deadman unveil new single ‘Wake Up Call’ which is due to feature on their newest album coming out, of the same name, on October 27th.

This comes after the band releasing singles ‘RX (Medicate)’ and ‘Echoes’ which see the band taking a more melodic approach to their song writing, releasing songs that relate to their experiences of touring and how it has affected their lives.

Theory are currently touring several dates in America right now all through November with nothing confirmed in regards to coming over to the UK.

We’ve been sat around patiently since the Marmozets have rebranded their social media pages for some form of announcement leading to a new album, and at long last, they have finally delivered. 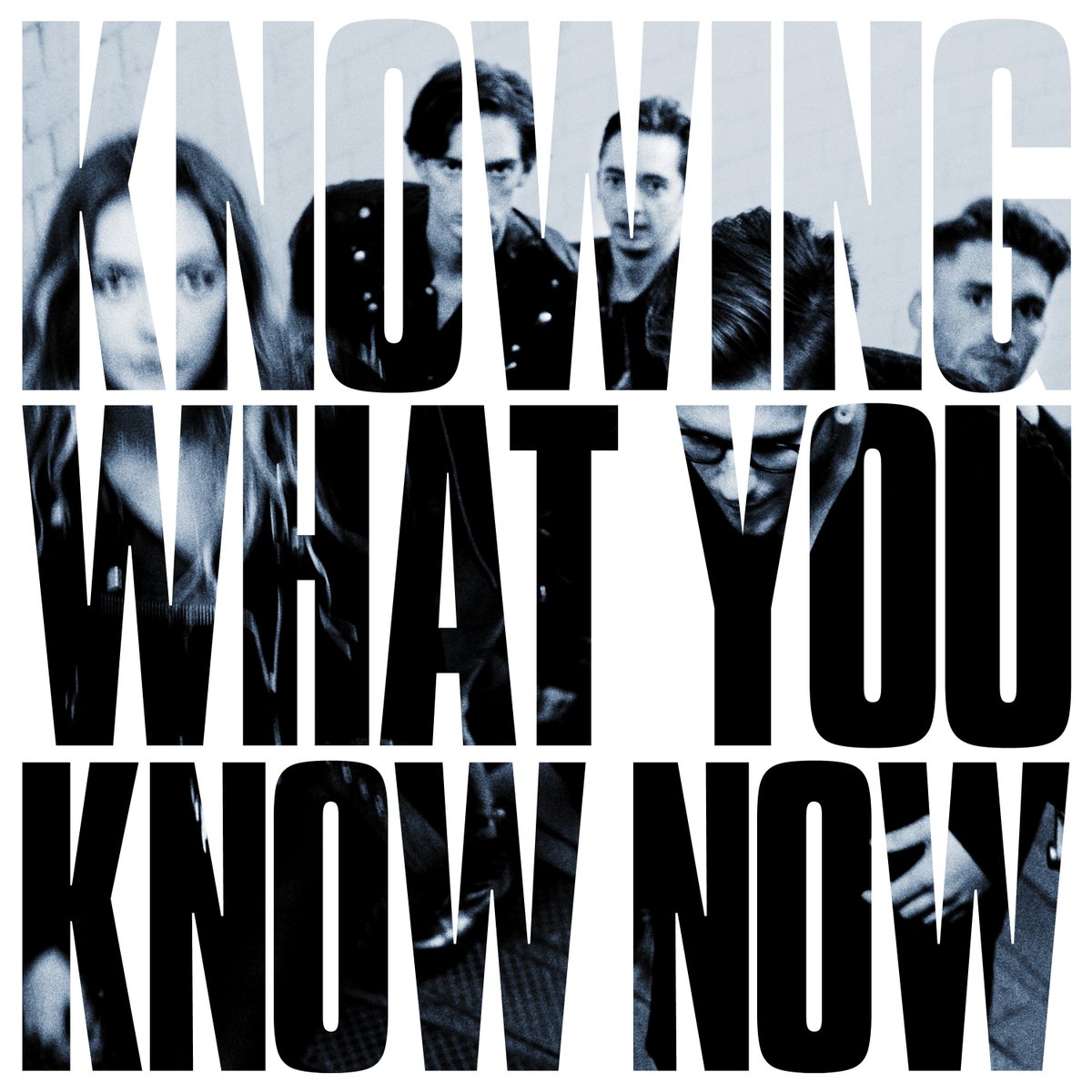 The follow up to their absolute stormer of a debut album ‘The Weird and Wonderful Marmozets’ will be called ‘Knowing What You Know Now’ which will be released on the 26th January 2018 and was recorded with legendary producer Gil Norton, who previously worked with The Pixies, Foo Fighters and Jimmy Eat World to name a few.

Track listing has also been released:

The album’s tracklist is as below: