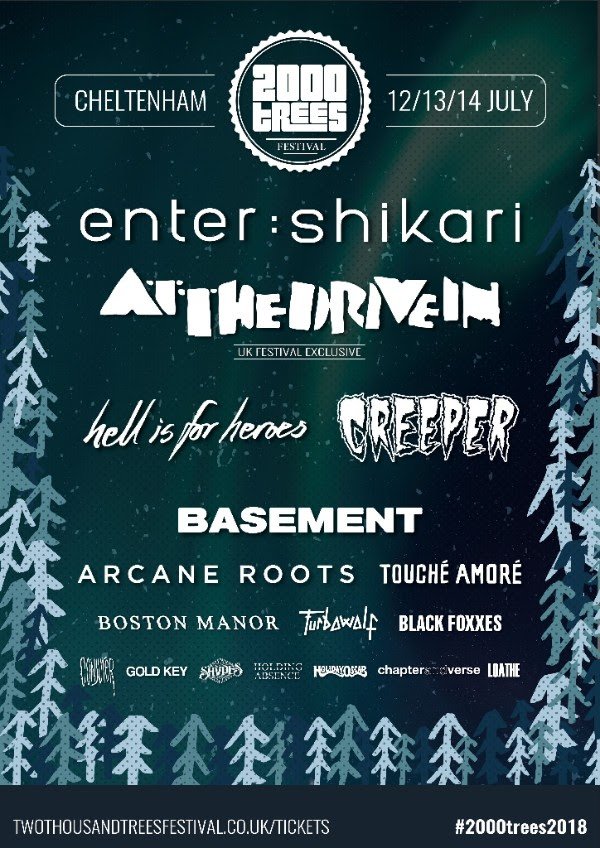 Radio 1 have announced that Arcane Roots, Architects, Enter Shikari, Marmozets, Neck Deep and PVRIS will all come together for a one off show called Radio 1 Rocks held at the Maida Vale studios on Halloween.

What makes this even more special is that YOU could be there by applying here!

😱🤘 JUST ANNOUNCED… Radio 1 Rocks is coming & has a CRAZY line up!

Apply for tickets to see the biggest acts 👉 https://t.co/zhnPXgnRSH pic.twitter.com/3QoPkPgdUY

Absolutely unreal line up this!

The first ever Album of the Week comes from the latest release from genre bending band Enter Shikari. Their return to the spotlight comes with their fifth release and probably the most refined yet different from the band yet, to the point when genre bending no longer accurately describes them.

The Spark feels more personal, and more defined, with songs like ‘The Sights’ and  ‘Take My Country Back’ reminding me of the Enter Shikari we all know and love but then songs such as ‘Rabble Rouser’ and ‘Shinrin-yoku’ introduces you to a different side to the band that isn’t often heard yet still work with the context of the album.

Check out the album below:

The band themselves often went out to say that this album was different to others, but they could say that before each of their albums, as part of their appeal is the constant evolution of their sound, taking different tones from album to album, but all still getting across their beliefs and messages clearly.