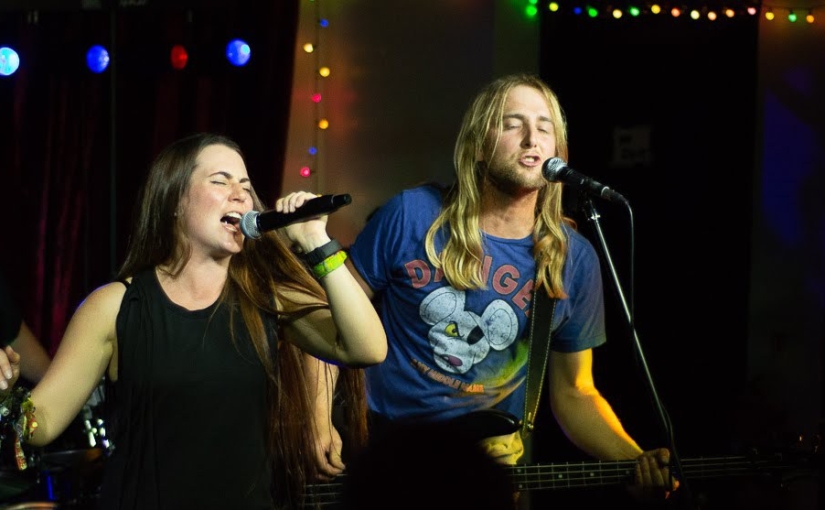 The Blue Moon played host to Alter The Sky’s Single launch party, supported by Stevie Jones and the Wildfires with their brand of folk rock and co-headliners Kaine carrying the torch for the New Wave of British Heavy Metal (NWOBHM)

Stevie Jones and the Wildfires

After the slight delay due to the late arrival of the drummer and guitarist, Stevie jones kicked the evening off with songs from his latest album Angels and Sirens. Very different to the following bands, covering themes of loss, love and the life, tribulations and sacrifices of a touring musician. Beautiful melodies tinged with sadness, soaring guitar breaks delivered with a voice of experience. A unique voice that at times in which you can hear the influence of The Levellers or New Model Army. 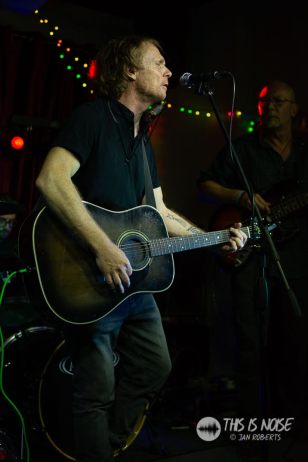 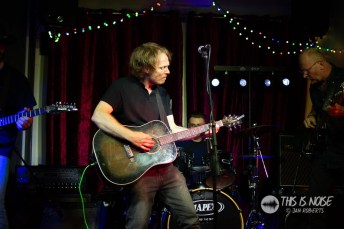 The partisan crowd, many of whom may have been geologists judging by the roar of approval when they came to play Stratigraphic Heart, were rewarded with a rousing set and some finely balanced playing between the acoustic guitar of Stevie and Vassilis’s electric lead in the blues based song Neon Underground. They closed out their set with This Is My Church taken from the Stratigraphic Hearts album, an anthemic celebration of the joy of discovery, a musical road and journey that defines the routes of this interesting musician.

This is a band that clearly knows how to enjoying itself on stage. The five piece classic hard rock outfit fronted by Helen Johnson ripped through a set of their own compositions with a respectful and fresh version of Whole Lotta Rosie. Accompanied by shouts of “Angus, Angus, Angus” Kev Baker duly obliged gurning and smiling throughout the solo part as he played to the audience.

Check out when we caught Alter the Sky at Homegrown Festival

Helens original voicing has a wide range but with power and subtlety that creates an exciting driving sound over the top of the guitar heaviness balancing the sound and lending it a fresh quality. Think iron fist in a kidd glove. 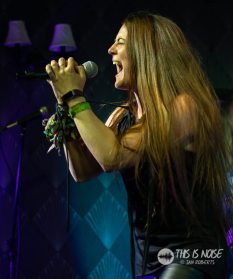 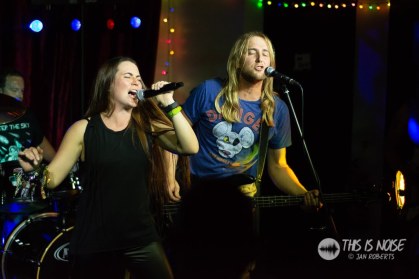 The dual guitar line-up adds extra weight to the sound and it is a real treat to see the communication between band members throughout the set to deliver a polished and professional performance that definitely got the crowd rocking.

The new EP Fortune Favours the Bold rounded out the set and I certainly look forward to hearing more from this band and their next release.

Hailed as flag bearers for the NWOBHM, I was immediately reminded of a youth spent following Judas Priest and early Iron Maiden around the City Hall venues across the UK. Their seamless wall of sound is truly impressive and Rage Sadler,  suitably attired in a Judas Priest T-shirt, gives everything in a relentless performance.

Now bear in mind that 1 month ago the guitarist, bass player and drummer left Rage high and dry with no band. That he managed to pull a band together in only four weeks to rehearse and get under their fingers material from the newly released album, rather appropriately titled A crisis of Faith,  deserves recognition for total commitment. On this performance you would have been hard pressed to tell this line up had only been together four weeks.

If like me, you still linger for the chest pounding excitement and energy to revel in the visceral experience of feeling and seeing a metal band in full flight at close quarters not 100 yards away in a stadium, then you owe it to yourself to catch this band on their current album tour. They are returning to the region 6 more times this year visiting the B2 in Norwich and The Smokehouse Ipswich when the whole band will be fully versed in the material. I’m booking my tickets now.