An evening of warm and passionate music as Bessie Turner brought her 22:22 Album Launch to Ipswich. The Suffolk singer songwriter released her debut EP on 20th April.

A sold out show at the Manor Ballroom with support from local four piece Groff and the wonderful Fishclaw who warmed up the audience for the evening ahead. 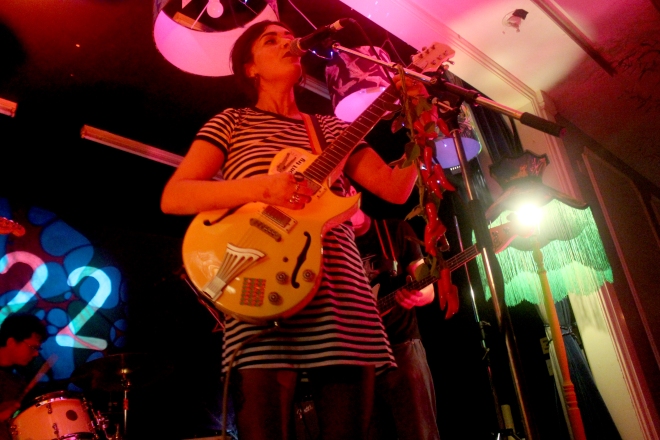 Turner wanting to show support to her fellow musicians was out before her set, mingling with the crowd and ensuring everyone was checking out the support acts before she took to the stage.

From the off, it is clear that she was her typical, humble self as she wanted to thank everyone for coming to her launch as the atmosphere in the room was full of laughter and togetherness as plenty of people were already familiar with her music.

Myself and plenty others loved the venue which was packed out with friends and family as she got started with her first few tracks and speaking in between bring her usual wit and laughter to the stage.

Everyone can be seen to be laughing, smiling and embracing the smooth tones of her voice which translates even more positively in a live environment than it does on a record.

The combination of her softly spoken lyrics with the brilliant syncing of her bassist and drummer, makes for a very enjoyable set that gives everyone a cosy and warm feeling that gets people swaying along with each song, including her hit track ‘Words You Say’ which shows off her voice and skill with the chill folk tones.

Bessie made speeches during her set explaining the reason behind her album name 22:22 was because she is 2 years, 2 months, 2 weeks and 2 days younger than her sister Ruby who was in the audience, before she brought her best friend and photographer Chris Driver on to the stage thanking him for his support and being such a great friend!

The gig finished with just Bessie on stage as she performed a beautiful solo that gave myself and the audience goosebumps acting as the perfect exhibition of who she is which was a fantastic end to a delightful night full of laughter and friendship! 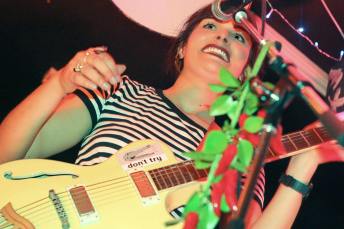