Camden Rocks, the one day festival that is set to takeover Camden have just added more bands to their brilliantly, huge line up.

Brighton rockers British Sea Power and prog metal band SikTh among 41 other rock bands have been added to the list where they will be joining the likes of Maximo Park, Public image Limited and Twin Atlantic on their stacked bill.

For SikTh fans this will be an extra special show this year as it will be their only London appearance with the band commenting “The last show we played with SikTh at Camden Rocks was an incredibly intense and intimate show. Hope we can bring that energy to this one. We didn’t want to play London for a while but this offer came in and we couldn’t refuse. Really excited”

Other additions from the latest announcement include Echobelly, Danny Goffey, The Rifles, Eliza and the Bear, RavenEye, The Faim and plenty more that were all hand selected by the organisers to join the huge day of music. 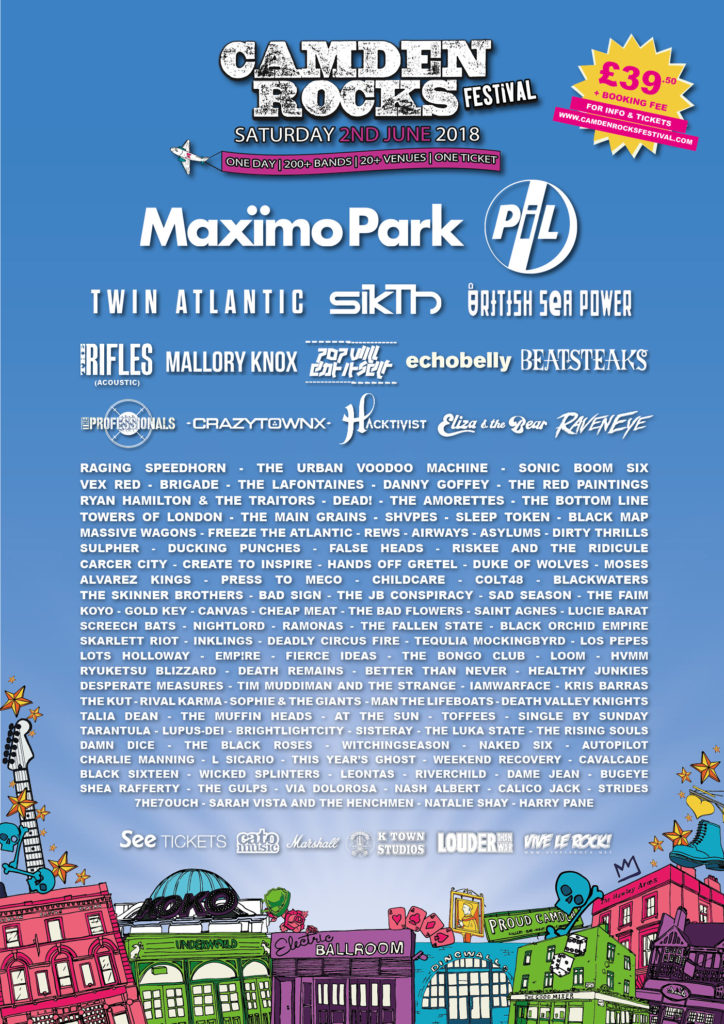 Camden Rocks are also offering the chance for a band to play the main stage on the day with their band submission competition, where one lucky band will be able to join the bill and play at the KOKO venue. For a chance of having a spot on the bill you can submit here.