Camden Rocks which is a mini festival which take over 20+ venues in the Camden area have just made their second announcement as a treat for Valentines Day. With the festival having already confirmed names such as Maximo Park, Public Image Ltd, Twin Atlantic and many more bands we can’t wait to hear, they have just added to their bursting line up.

Mallory Knox, rock rappers Crazy Town and British rap metal band Hacktivist have joined the bill plus 23 other artists taking the total confirmed bands at the festival up to 90, this sounds like a lot, but the festival are no where near done, with over 100 more bands yet to be announced.

All this for £39.50 (plus booking) is ridiculous and that ticket will get you in to every single venue that is a part of Camden Rocks, this is one day of music you will not want to miss! 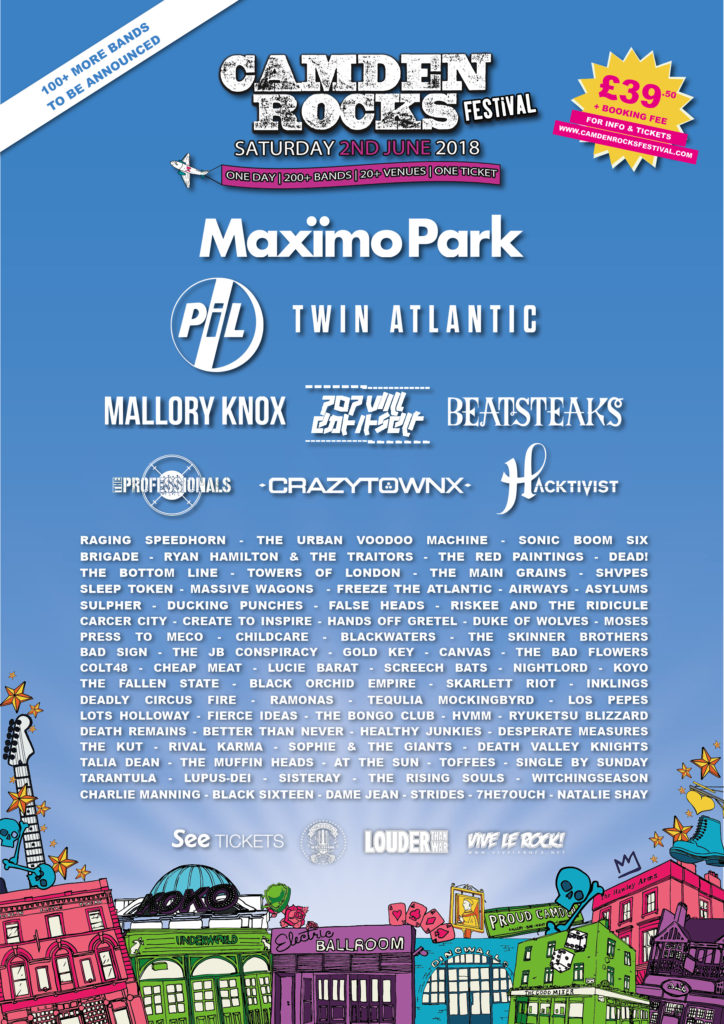