Okay this maybe slightly early at it’s actual release date was the 2nd of November 1992, but I wanted to get this down whilst it was fresh in my mind, no doubt the rest of the music websites will cover it’s release closer to the time, but I thought i’d jump the gun.

Quarter of a century it has been played, listened to and loved, and it still sounds like an album that was released yesterday, an incredible piece of work, and here is just some of my thoughts and memories of listening to this album for the first time. 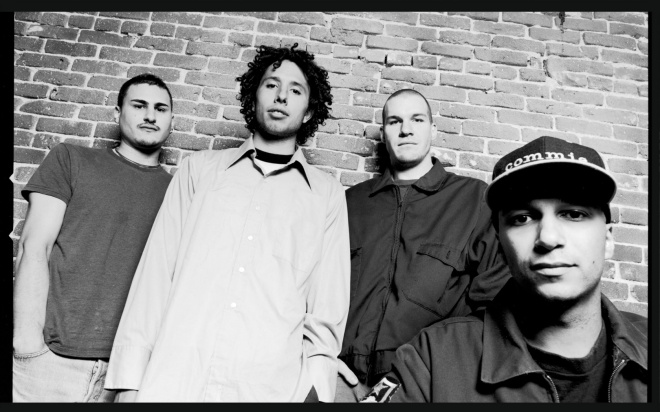 A lot has been said and can be said about this phenomenal album, it’s perspective, themes and sound has been listened to and loved for 25 years and I’ve personally loved this album for almost 10 years of my life.

It started with the obvious track from this album ‘Killing in the Name’. A song I enjoyed at the tender age of 13, there I was, strumming away on Guitar Hero 2 that I borrowed from a friend when I stumbled across ‘Killing in the Name’. Although this was back in the time where Guitar Hero didn’t quite have all the original tracks so a cover band performed it on the game, but it was a song I had mastered, the first song to my memory I achieved 100% and the sound of the guitar part just blew me away, and I proceeded to play that song quite a few more times.

Fast forward a year and I just submerge myself in Rock music, listening to the likes of Slipknot and Green Day for the first time, soaking it all in, my favourite band at the time was Machine Head, again, mainly for the sound of the guitars, but RATM at the time was a band I struggled to enjoy. My friends were mad for them, this was all our first times listening to Rage properly and admittedly, it took me a while.

I persevered though, thanks to Tom Morello, I persevered. I downloaded their self titled album to my iPod Classic and listened to it on repeat, because I just loved how different the guitar sounded, the noises being produced I didn’t think were possible. ‘Know Your Enemy’ soon became my favourite. With it starting from a noise being made from Tom’s guitar I refused to believe was a guitar that transitioned to a riff that just sounded so…awesome.

Once I fell in love with that song, it was game over. I was hooked. I soon loved everything else of what makes Rage, Rage. Zach’s vocals are just a breathe of fresh air that still haven’t been rivaled since the band disbanding. I don’t strictly mean the lyrics, but just the sound, the raw power in it, it just worked, and the sound of the Bass, which i attempted to play at the time, how that worked with the rest of the band, it’s what made me want to learn the instrument. I soon had all their albums downloaded to my iPod, but their self titled and Battle for LA particularly stood out.

Later soon came the successful Christmas number 1 campaign, which admittedly, I bought many copies of because I was just as sick of X Factor as everyone else who bought ‘Killing in the Name’. Part of me feels bad for Joe McEldery, he is one of the few winners who hasn’t had much of a career of the back of X Factor, definitely a case of wrong place, wrong time to the extreme.

The result of the victory from the campaign came a free gig in Finsbury Park. My first gig. I was one of the lucky ones that got tickets from the online lottery style that they used to give away tickets. It was basically a festival, to this day I haven’t witnessed a gig or festival for that matter that matches it. Everyone was there for one reason. Rage. I wish I could relive that day, although I had a Maths GCSE the next day, I was there, headbanging and jumping like no tomorrow, I have watched the DVD of the show many times, I feel so incredibly lucky they filmed it, it’s something i’ll never forget.

I think it’s a damn shame that they haven’t gotten together to do just one more, just one more album, just one more show. We have something close, Prophets of Rage are doing their thing, recently releasing their debut album and it is a corker, but I still miss Rage. I don’t think any band have quite matched a debut album quite like Rage Against the Machine’s self titled album and i’m so incredibly thankful for it’s existence.